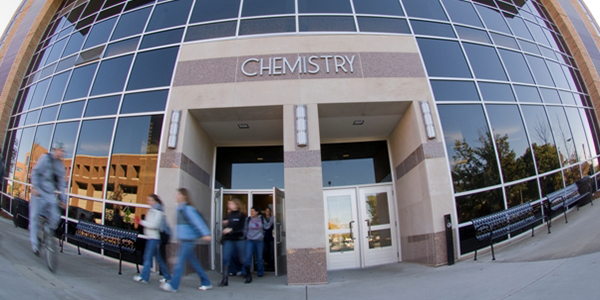 Michigan State University chemist Angela K. Wilson has been named president-elect of the American Chemical Society (ACS). She will serve a three-year term (2021-2023) in the presidential succession.

“I join my fellow ACS members in congratulating Dr. Angela Wilson as the incoming president-elect of the society,” said MSU Provost Teresa K. Woodruff, Ph.D. “Angela is the right leader for the field of chemistry, as an articulate spokesperson for the power of research to transform our lives, and as an ardent supporter of science education.”

“I am greatly honored to have the opportunity to serve in the ACS presidential succession and look forward to the next three years as president-elect, president, past-president,” said Wilson, John A. Hannah Distinguished Professor of chemistry and associate dean for strategic initiatives in the MSU College of Natural Science.

“This is a critical time for the American Chemical Society and the global chemical enterprise—and frankly for our world,” Wilson continued. “This enterprise is at the very core of the COVID battle, developing novel, needed solutions, and is a primary contributor to health, security, and the national and global economy, responsible for more than 25 percent of our nation’s GDP.

“Congratulations to Hannah Professor Angela Wilson on her election to the role of president-elect of the ACS,” said NatSci Dean Phil Duxbury. “It is critical to the college, the university and the nation that outstanding faculty members serve in national leadership positions such as this, and we thank Dr. Wilson for her willingness to do so. She has brought energy and innovation to NatSci in her role as associate dean for strategic initiatives, and, on behalf of the college, I wish her the very best in this important endeavor.”

“One of my biggest contributions will be in advocacy for the chemical enterprise, working to ensure that we have a well-equipped future workforce, and working to ensure that the role and importance of science (and chemistry, in particular) is and will remain a vital component in national and global decisions related to health, security, and the economy,” Wilson said.

The responsibilities of the ACS president have grown considerably over the years. Each president develops his or her own set of goals with corresponding initiatives and activities while serving as the society’s primary spokesperson and representative.

By the end of the first 100 years of ACS, the president was recognized as a spokesperson for the chemical profession. At the start of the second 100 years of existence, the range of involvement of the ACS president had expanded beyond science to include government and international influences.

Banner image: MSU Hannah Professor of chemistry Angela K. Wilson is the first female physical chemist—and one of only a few theoretical chemists—to serve in the presidential succession across the history of the organization. Former ACS presidents include Nobel Laureates Linus Pauling and Glenn T. Seaborg.

Story via the MSU College of Natural Science