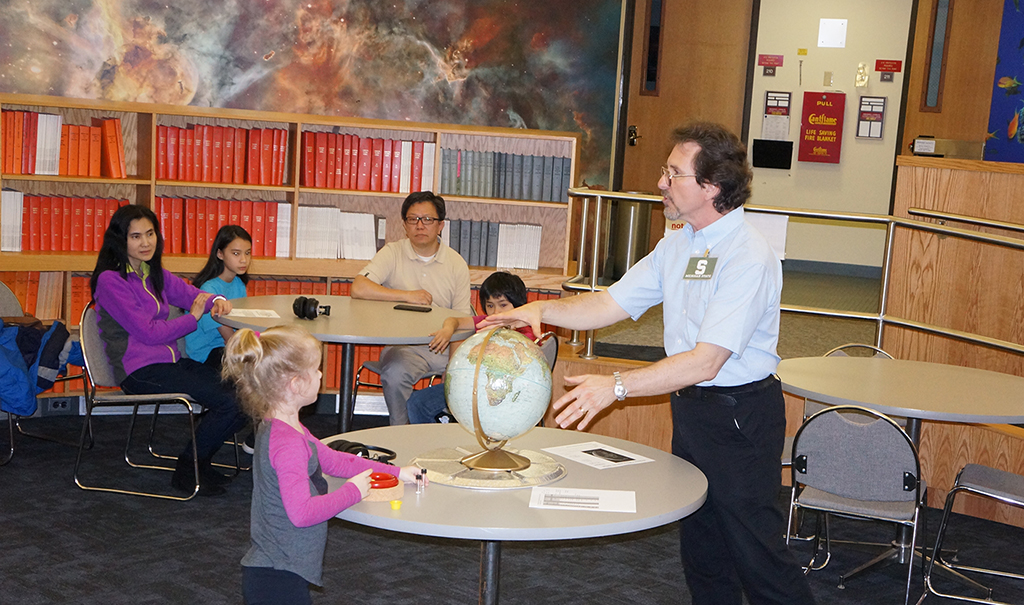 The stargazing event on April 28 was unfortunately impeded by clouds and light rain, but the fun and learning continued indoors.

MSU researcher, Edmund Stark, provided in introduction to astronomy by explaining astronomical sizes and distances. Using a globe to model the Earth, he described the sizes of the moon, other planets, other moons, and the sun, relative to the globe, the rotunda, and the St. Andrews’ building itself. Continuing on that theme and using other props such as a golf ball and a pellet, Stark described the distances to the moon, the sun, other stars, the sizes of the gas giant planets, and the size and general layout of the solar system.

In the second segment of the program, Stark provided a handout depicting three different types of telescopes: refractor, reflector, and catadioptric. On display that evening were a 6” refractor, a 10” Newtonian, and an 8” SCT, and children could use the telescopes to view an object across the building. There was also a 90-mm refractor and a 5” Newtonian set up for students to play with.

Families seemed to thoroughly enjoy the evening and are looking forward to future stargazing events. Watch the calendar and the St. Andrews Facebook page for upcoming dates.