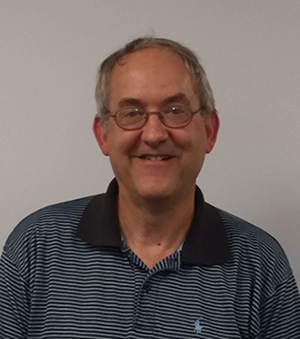 John W. Hull, Jr., Ph.D., joined the faculty at MSU St. Andrews in 2017, working on applied catalysis and process optimization projects in bio-renewables. His past research has focused on organic/organometallic synthesis and the development of commercial manufacturing processes.

Hull is a native of Duluth, MN. He graduated from the University of Minnesota Duluth with a bachelor’s degree in chemistry, doing undergraduate research in organic synthesis with Professor Robert M. Carlson, focusing on sulfur-stabilized carbanions as a tool for organic synthesis. After obtaining an undergraduate degree Hull then attended the University of Minnesota in Minneapolis doing organometallic synthesis in Professor Wayne Gladfelter’s group, obtaining a Ph.D. in organic chemistry in 1983. His focus during this time was the use of transition metals to stabilize and characterize highly strained and reactive organic molecules.

After completing his graduate studies at Minnesota, Hull came to work at Dow Chemical in Midland, MI, working in process development R&D for 33 years, retiring from Dow in 2016. During this period, he worked on a variety of projects that became commercial successes for Dow. Over the course of his Dow career, Hull had numerous patents and publications around optimization and scale-up of commercial processes.

In July 2017, he joined the MSU St. Andrews facility in Midland as a Research Assistant Professor of Chemistry working on applied catalysis and process optimization projects for bio-renewables. His current research interests include the development of carbon-negative commercial processes for organic compounds ultimately derived from atmospheric carbon starting material.